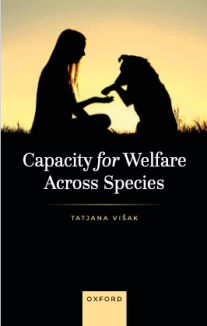 Is my dog, with his joyful and carefree life, better off than I am? Do hens in battery cages have worse lives than cows at pasture? Will my money improve welfare more if I spend it on helping people or if I benefit chickens? How can we assess the harm of climate change for both humans and non-humans? If we want to systematically compare welfare across species, we first need to explore whether welfare subjects of different species have the same or rather a different capacity for welfare.

According to what seems to be the dominant philosophical view, welfare subjects with higher cognitive capacities have a greater capacity for welfare and are generally much better off than those with lower cognitive capacities. Višak carefully explores and rejects this view. She argues instead that welfare subjects of different species have the same capacity for welfare despite different cognitive capacities. This book prepares the philosophical ground for comparisons of welfare across species. It will inform and inspire ethicists and animal welfare scientists alike, as well as a broader readership interested in wellbeing, animals, and ethics. 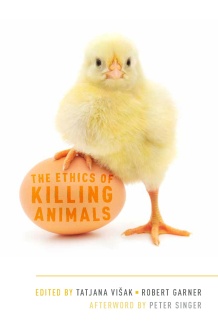 Praise for The Ethics of Killing Animals (Oxford University Press, 2016):

“This book is an outstanding contribution to our understanding of an issue that many of us find deeply troubling, both emotionally and philosophically. The quality of argument is very high, and the range of positions represented broad. Essential reading for anyone with a serious interest in the topic.” 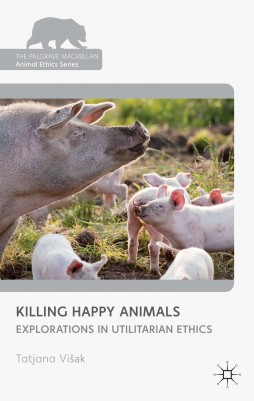 In Killing Happy Animals, Tatjana Visak probes a question that is crucial to the ethical evaluation of eating meat: whether bringing animals into existence benefits them, and can compensate for killing other animals. Those who believe it justifiable to kill one happy animal if it will be replaced by another will be challenged by Visak’s clearly argued case against this view.  This book makes a major contribution to a philosophical debate with important practical implications.

It is increasingly the conventional wisdom among right-minded people that it is permissible to eat meat so long as the animals have happy lives and are painlessly slaughtered.  Tatjana Visak digs deep into the utilitarian foundations of this comfortable philosophy and concludes that it is wrong:  most of us are morally obliged to live a vegan life-style.  Visak’s arguments must be confronted by anyone who claims to be a conscientious consumer.

Our relationships with other animals are extremely challenging and all too often contradictory. For example, the broadly accepted moral ideal of animal-friendly animal husbandry holds that it is okay to keep and routinely kill animals for food, provided that they are granted “pleasant” lives. Along these lines, Tatjana Visak asks, “How can it be justified that we are not allowed to kick them, while we are allowed to kill them?” Is animal-friendly animal husbandry a contradiction in terms? In Killing Happy Animals Visak explores possible answers to this pressing question. She provides necessary resources for re-thinking animal ethics, public policy, and our daily consumption of other animals. This timely book is highly recommended for those who are willing to re-think ethics and our relationship to other animals.

My research focus is on:

Information about The Ethics of Killing Animals, published in October 2015, is available here.  Find a review here: Visak and Garner NDPP

My paper “Sacrifices of Self are Prudential Harms: A Reply to Carbonell”, Journal of Ethics 2015, is available here.

My paper “Understanding “Meaning of Life” in Terms of “Reasons for Action”, Journal of Value Inquiry 2017, is available here.

A list of my publications, including more recent and forthcoming papers, can be found on my CV.